The 11-year Crop Wild Relatives (CWR) project, funded by the Government of Norway, came to an end in 2021 after achieving or exceeding all of the goals it had set. This included major strides in protecting critical genetic diversity in the 28 target crops and in using that diversity to create the foundations for future breeding programs. An unanticipated success was the release of several varieties based on crosses made with crop wild relatives.

The Crop Wild Relatives (CWR) Project supported the collection of important species of crop wild relatives to ensure their long-term conservation, and facilitated the use of their genetic diversity in breeding new, improved crops. The project launched in 2011 and concluded in 2021.

A final analysis of the outcomes of the project’s collecting phase showed that several crop gene pools covered by the project went from being very poorly represented in genebank collections to being a lower priority for future collection. These included apple, Bambara groundnut, carrot, pigeonpea, sorghum and sweetpotato.

At the beginning of the project, 161 of the target species were deemed to be high priority for collection, while by the end of the collecting phase, this number fell to 87. The corresponding number of species needing no further collecting rose from six to 62, meaning that their genetic diversity is well represented in genebanks today.

All told, the project and its partners collected 4,587 seed samples in 25 countries. By the end of 2021, the project deposited 3,667 of these in the Millennium Seed Bank at Kew Gardens, and sent more than 4,000 seed samples to 10 international genebanks for multiplication and long-term storage. These genebanks make seed samples available to users like plant breeders, researchers and farmers under the terms of the Multilateral System of the International Treaty on Plant Genetic Resources for Food and Agriculture (the Plant Treaty).

Putting wild relatives to use…

The project concluded with the completion of 19 pre-breeding projects. These involved crossing wild relatives with their domesticated cousins to transfer beneficial traits into varieties that farmers can start to use. These projects involved 62 national and international partners in 34 countries.

Partners involved in the pre-breeding projects deposited seeds of more than 14,000 of the crop wild relatives-derived plants in genebanks and have made them available through the Multilateral System of the Plant Treaty.

Data about the crop wild relatives collected are available through the Genesys platform, while data from the pre-breeding and evaluation projects are available through Germinate databases and other publicly accessible platforms, such as the potato database managed by the International Potato Center in Peru. This makes the material much more useful to plant breeders, who can identify seeds with the characteristics they are looking for to breed improved varieties. They can then request samples of these materials.

Many of the pre-bred lines have also been shared widely through national and international screening nurseries and evaluation programs.

And in farmers’ hands

While the seeds developed by the pre-breeding projects are already feeding into breeding programs around the world, some have already been released as varieties for farmers to plant.

The crop wild relatives-derived varieties include several of durum wheat—also known as pasta wheat—that have been released in Lebanon, Morocco and Senegal (drought and heat tolerance, high yielding); a cold-tolerant variety of alfalfa released in China; and a blight-resistant potato variety and a pest-resistant and salt-tolerant rice variety that are undergoing final testing before release to farmers in Peru and Vietnam, respectively.

Varieties derived from landraces include three of drought-tolerant and disease-resistant finger millet released in Kenya and two of lentil released in Morocco, all of which also show drought tolerance and disease resistance. 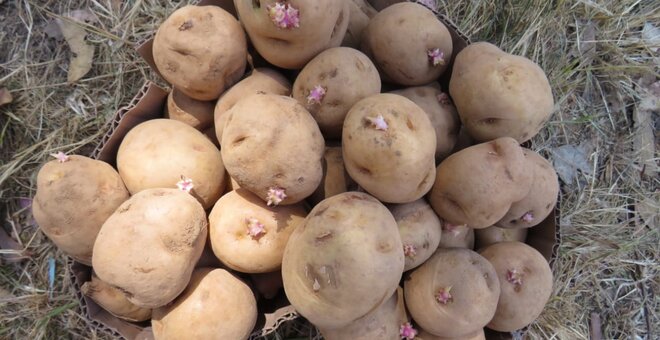 The Future of Food is Wild 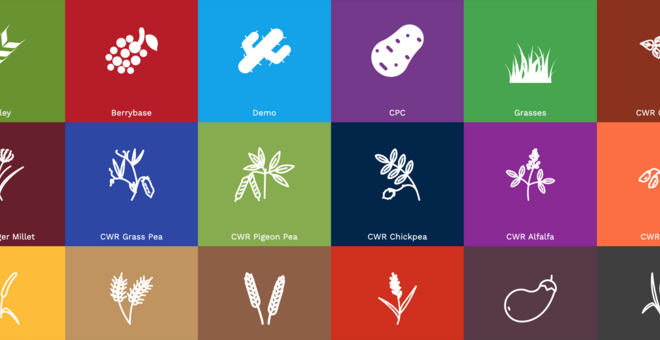 Germinate: Crop Data at Your Fingertips 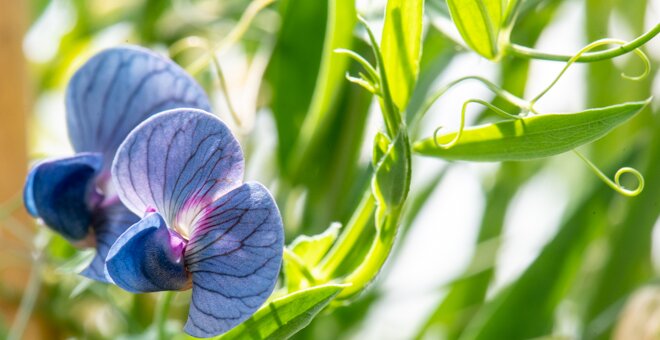